Philip Best (Institute for Astronomy, Edinburgh) conducts research into understanding the AGN phenomenon, and its connection to the formation and evolution of massive galaxies. His research spans from the local Universe out to the highest redshifts. He has a primary focus on radio observations, which he combines with deep and wide multi-wavelength surveys to characterise the population of galaxies which host AGN. He plays a leading role in the deep extragalactic radio surveys being carried out with the new LOFAR telescope, and also in the planning for the Square Kilometer Array.

Rychard Bouwens (Leiden University) has recently finished a comprehensive analysis of the evolution of the UV Luminosity Function from z=10 to z=4 using the full CANDELS + deep field observations, providing insight into the manner in which galaxies build up in the early universe. In conjunction with his PhD students and collaborators, Dr. Bouwens has also been working on the quantification of both the strength and prevalence of nebular emission lines in
z~5-8 galaxies.

Karina Caputi (Kapteyn Astronomical Institute) conducts observational studies of infrared galaxies at high redshifts, including their multi-wavelength follow up. Her research is focused on galaxy stellar mass assembly, and the relation between massive galaxy formation and dust-obscured activity (star formation and AGN). She makes extensive use of Spitzer data, as well as complementary data from other facilities, including the HST, VLT and VISTA. She also works on the scientific planning of galaxy surveys to be conducted with the new AMKID camera for APEX, and the future JWST.

Elisabete da Cunha (MPIA / Swinburne University of Technology) focuses on developing and implementing spectral energy distribution models that are used to interpret the multi-wavelength observations of galaxies from large extragalactic surveys. She is the lead author and maintainer of the MAGPHYS code, a publicly available software that computes the emission by stellar populations in galaxies consistently with the emission by dust in the interestellar medium, and that outputs statistical constraints on key physical parameters of galaxies such as their stellar mass, star formation rate and dust content. Recently, she has been focusing on updating these spectral models to interpret current and future observations of high-redshift galaxies detected in deep observations with HST and ALMA.

Andrea Ferrara (Scuola Normale Superiore) conducts theoretical and numerical research on the formation of the first galaxies and black holes in the early Universe. He currently focuses on understanding the Cosmic Infrared Background, as it potentially contains unique information about the first stars, galaxies and black holes. These objects, too distant and faint to be individually studied with other available observational techniques, leave clear signatures in the spatial fluctuations and spectral shape of the infrared background. The study of such signals will allow to characterize in detail the nature and properties of these pristine objects.

Taddy Kodama (National Astronomical Observatory of Japan) focus his research on studies of the formation and evolution of clusters of galaxies, including its environmental effects, and also galaxies at the peak epoch of galaxy formation period (1<z<3) and high-z galaxy anatomy. Together with his group, Taddy has been conducting the Mahalo-Subaru project which maps out star formation activities across various environments covering the peak epoch of galaxy formation. Follow-up projects like Gracias-ALMA and SWIMS-18 are now being developed to take current studies to the next level.

Alexandra Pope (University of Massachusetts Amherst) focusses her research on the dusty side of galaxy formation and evolution during the peak epoch from z~1-3. She uses multi-wavelength data to quantify the relative contributions of star formation and active galactic nuclei activity (AGN) to the spectral energy distributions of galaxies. She conducts (sub)millimeter surveys (with Spitzer, Herschel and now the Large Millimeter Telescope) to probe the dust and gas in galaxies and determine how the interstellar medium evolves with cosmic time. 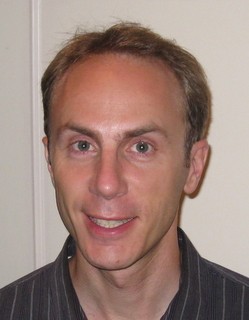 Joop Schaye (Leiden University) works on simulations and observations of galaxies and the intergalactic medium. He leads the international EAGLE project, which consists of a series of very large cosmological hydrodynamical simulations. He also leads an observational campaign to study the connection between galaxies and quasar absorbers with the MUSE and UVES instruments on the VLT. With his group in Leiden, Schaye works on high-resolution simulations that include radiation transport and non-equilibrium chemistry.

Marta Volonteri (Institut d’Astrophysique de Paris) works on theoretical models of the cosmic evolution of massive black holes, from how they formed in the first galaxies, to how they evolved along with their hosts to the present day. Her research makes use of both analytical and numerical techniques, and straddles the fields of structure formation, galaxy evolution and black hole physics. Marta endeavours to connect theory with observations, developing diagnostics that can be used to interpret current observations and serve as predictions for future ones.